Nearly 1,000 CBM of medical cargo transported on the Antonov AN-225 to support the COVID-19 relief effort

For the past 100 years, the airfreight industry has shouldered a responsibility for the role that it plays on the global economy. Keeping goods moving is vital to the growth and development of markets and industries. Now more so than ever before, that sense of responsibility has grown into a way of life. Billions of people rely on the airfreight industry for vital medical suppliers, and PPE and companies have had to adapt rapidly to ensure that demand is met. 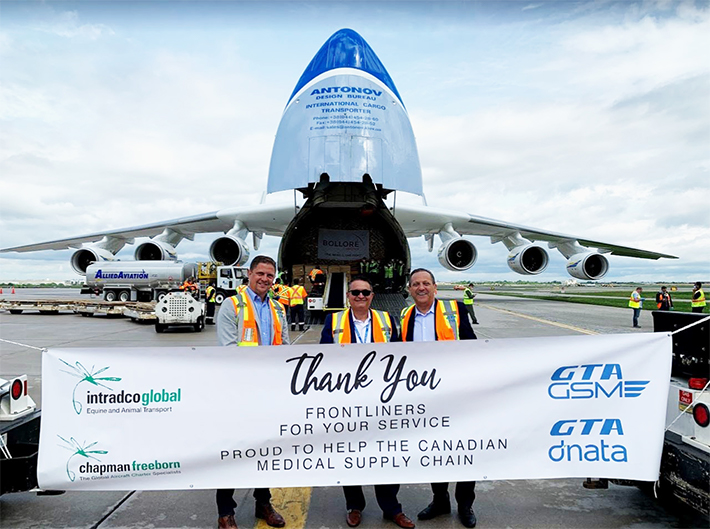 This recent mission is testament to the adaptability that is so valuable right now. Since 1987, Intradco Global has made a name for itself chartering aircraft for animal movements – whether developing new, safer stalls for animal air travel or facilitating the reintroduction of species into the wild – now the company is focussed on providing air cargo capacity for critical PPE.

“Difficult times call for adaptability, and I am proud of the Intradco Global team for adjusting our usual offering to assist in the PPE supply chain efforts. As Live animal movements became very restricted, we switched our resources to seeking out new air charter capacity while there was a surge in demand for PPE. I am glad our efforts played a small part in the global effort, and allowed our clients to import quickly, and at more cost-effective solutions than we saw the market was offering.

“Chartering the magnificent AN225 is a rare occurrence for even the most seasoned of air freight professionals, so the whole team will enjoy seeing this bird flying for Intradco Global”.

While the world has reacted to COVID-19, many animal movements have been postponed. Instead of waiting for the market to pick back up, the teams at Intradco Global have been utilising their global charter aviation expertise, and network to facilitate medical charters to help with the COVID-19 response.

“It was a fantastic team effort and a great early achievement for our New Canadian office Intradco North America and our partner GSM/GTA. We are very proud to be assisting in the fight against Covid19 by delivering this essential PPE equipment to the people who need it most.”

Later this year, Intradco Global is set to announce a newly formed wing of its organisation – Intradco Projects. Intradco Projects will focus on unique missions just like these – utilising its worldwide charter network and expertise to offer specialised services for niche air cargo products.

The Chapman Freeborn Group has performed many successful airfreight projects with the AN-225, delivering reliable air cargo charter solutions for clients. The group organised the first transatlantic flight from Frankfurt-Hahn to Toronto, as well as the first commercial flight of the AN-225 to South America in 2010.

Interesting facts about the AN-225

1. For over 25 years, the AN-225 has held the title of the largest commercially-used freighter in the world. Powered by six turbofan engines, it is the largest heavier-than-air aircraft in terms of length (85.3m) and wingspan (88m) in operational service. It is capable of carrying up to 250 tons of cargo – equivalent to 52 mature elephants!

2. There is only one operational AN-225 in the world. A second was partially completed but later cancelled.

3. The Ukrainian plane manufacturer, Antonov, developed the AN-225 during the Cold War in the 1980s to airlift (in a piggyback fashion) the Buran spacecraft for the Soviet space program. The maiden flight took place on 21 December 1988. Six months later, the AN-225, with the Buran atop, was presented for the first time at the Paris Air Show in 1989.

4. The AN-225 is an extension of the successful Antonov AN-124 Ruslan freighter aircraft. The plan was to build an extended version of the AN-225 freighter with eight engines, but the project named AN-325 has not been realised. The AN-225 is currently the only commercial freighter powered by six engines.

The AN-225 has set over 250 world records, including airlifting the world’s heaviest cargo, and the world’s longest cargo operations. 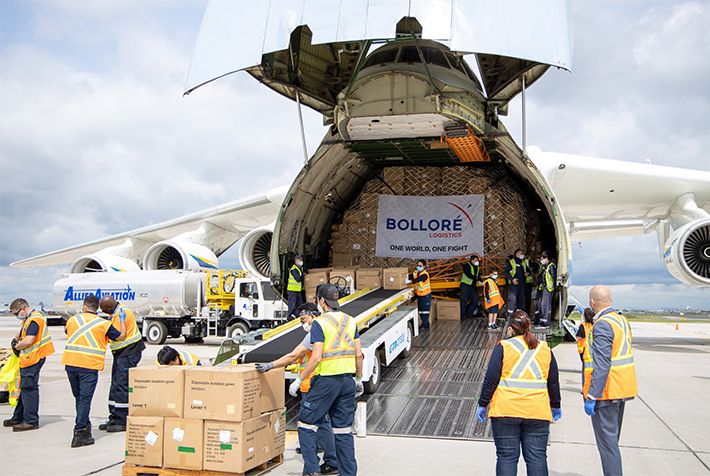 Riding in the clouds – how horses fly

For more than 30 years, horse agents and owners have trusted Intradco Global’s team of…