Last week, Intradco Global had the pleasure of transporting two VIPs (Very Important Ponies). The client chartered the B737F aircraft to relocate their two Shetlands, as well as seven pallets of their personal effects, from France to Lebanon.

The flight was confirmed at short notice, and Intradco Global needed to move quickly. Intradco Global’s professional horse groom, Charlie Baker, travelled from the UK to Europe to collect the equipment required for the flight and transported it to Marseille. He arrived in plenty of time to ensure the equipment and airport were ready for the arrival of the ponies.

The ponies arrived on schedule and were swiftly loaded into Intradco Global’s horse stall, enjoying a pre-departure meal of hay and fruit. Once the aircraft arrived, the ponies and their personal effects, which had already been secured and palletised the day before, were loaded onto the aircraft. Thanks to the efficient ground handling team, the aircraft was loaded in good time and departed on schedule into the glorious blue sky.

The ponies were supervised by the professional flying groom at all times while inside the horse stall and were very well behaved throughout the flight.

Upon their arrival, the ponies were taken to a sheltered live animal facility while customs formalities took place, and once complete they then travelled onwards to their new home.

For more information about the equine services Intradco Global offer contact the team on: 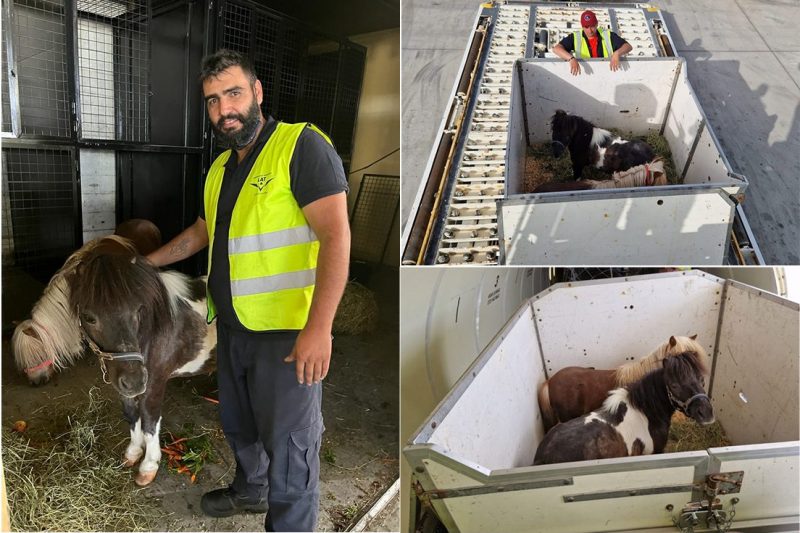